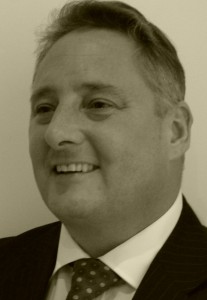 Gavin graduated from Robert Gordon’s University, Aberdeen in 1985 with a degree in Institutional Management. Gavin lived in Switzerland for 3 years and in 1988 moved to Australia, becoming a citizen in 1992. In early 2003 Gavin joined AUSTRAC as a project manager and subsequently joined the Reporting and Compliance team in 2004. Post the events of September 11 there was a global push to identify and understand the informal underground banking system (money value transfer). Subsequently Gavin and his team were tasked with identifying and sensitising the money value transfer (MVT) operators across Australia, and consequently assisted the law enforcement and intelligence agencies in their understanding of the operations of MVTs.

In 2006 Gavin became the Senior Manager of the newly formed Domestic Relations team, with 42 staff across three states, responsible for the outreach and sensitisation project to AUSTRAC’s approx. 15,000 reporting entities. Gavin’s team was primarily responsible for the implementation of the legislative obligations under Australia’s new Anti-Money Laundering and Counter Terrorism Financing Act 2006 (AML/CTF Act).